My flock continues to come through with about three eggs a day. Still small, but I think we have a new contributor to the egg production. 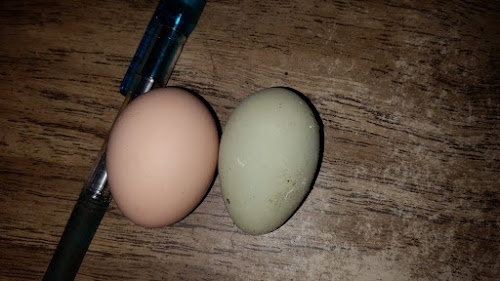 My first green egg. (And darn, we are out of ham.) Pencil included for scale. And to prevent rolling off table.

On a sadder note, Dovie died today. She was a grayish Aurancana with twisted toes on one foot . When Hubby mentioned we lost one, I figured it was either Rita or Dovie. When we first started getting eggs, Rita had a bad case of pasty butt. I think it's better, but her fluffy butt is rather flatter and white than usual. 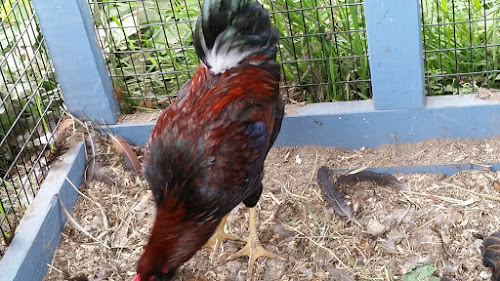 Dovie on the other hand hadn't appeared out in the chicken run much since back when Rocky was terrorizing the flock. Montgomery (formerly known as Mumps) is a much calmer rooster, but Dovie still stayed in the coop, only venturing out rarely, apparently, for food and water. She was the first of the flock to be named. She will be missed. 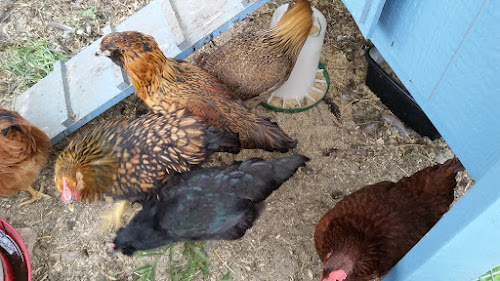 For those keeping track, besides Montgomery I still have the girls: Lacey, Goldy, Coppertop, Cinder Ella, Rita, Lucy and Measles. Since I renamed Mumps, I may rename Measles too. How does Maisie sound? I think I like that.

Posted with Blogsy
Posted by Linda at 6:18 PM 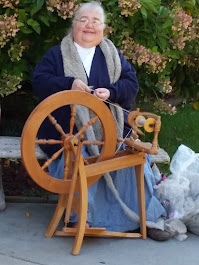